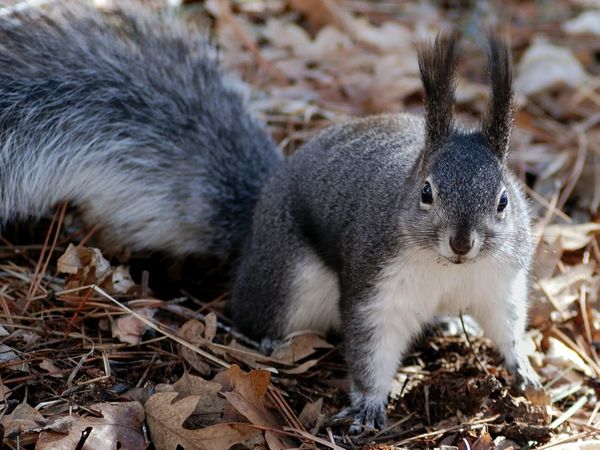 Survival of the fittest: incremental social change and the parable of the grey squirrel’s arrival in the British Isles

We do not know the day when these fluffy  aliens arrived in the UK. Wise people tracked them back to the 1870s,  but the natives did not notice the danger for a while. When the invasive  presence of them became a fact in 1876, it was way too late.  A huge  population of 3,5 million autochthons declined to 140 thousand today and  is close to extinction. On the other hand, the invaders  numbers have risen to 2,5 million.

You have probably recognized this story  already. Of course, the villain role is played by Eastern gray squirrel  (better known as “grey squirrel”), originated in North America and the  victim is the red squirrel, native to Europe. We don´t know exactly, why  grey squirrels were introduced into the United Kingdom, it largely  appears to have been for vanity reasons, amongst the landed gentry, but since it happened, the number of red squirrels has been in  steady decline.

But what makes grey squirrels so  dangerous so that they have been named an invasive species and pest? Do  they do anything to the red squirrels? No, not at all. There is no  evidence of aggression between the two species. Grey squirrels just are.  But they “are” in a very special way: they are fitter for the  environment, they are more fit-for-purpose (which in this case, is the  purpose of being a squirrel, surviving and thriving).

Recent research has shown us two things: red  squirrels suffer from stress when greys enter their habitat. The stress  weakens their resistance to squirrel pox virus. Consequently,  reds retreat away from areas populated with greys. The retreat to margins – the mountains in the north and west of the British Isles. It  turns out that in the mountains, the reds have an advantage – a predator  called the pine marten. The red squirrel has lived with the pine marten  for tens of thousands of years. Reds can smell them coming and are  adapted to survive in a habitat filled with pine martens. The grey, on  the other hand, a recent arrival from North America, has not encountered  the pine marten, and is not adapted to the danger. Consequently, pine  martens kill grey squirrels in the mountains. What appears to be  emerging in the British Isles is a new equilibrium where red squirrels,  albeit with depreciated numbers, can live happily in mountain areas,  co-existing with pine martens, while grey squirrels have come to  dominate the urban and suburban landscape.

Although grey squirrels are an antagonist in  this story, they teach us an important lesson about our approach to  change – evolutionary change. Implementing Kanban, we should treat the  organization as habitat to slowly and patiently take over, allowing  current structures, traditions, policies to coexist. You introduce metaphorically, different species, representing different ways of  working, and you leave the old way of working alone. If the new ways are  better adapted to the environment then they will be selected: they will  survive and thrive, and the old ways will decline, and retreat to  marginal areas where they may still be superior.

Start with what you do now, and you will see that Kanban:

Using the grey squirrel approach to  introducing change helps you to take your organization through the whole  process in the most harmless way, that we see possible. It protects  people and supports improvements. Bruce Lee, via a blogger called Joe Campbell, taught us that ¨Kanban should be like water¨ – water flows around the rock, the rock of human resistance to change.  We use “red squirrel, grey squirrel” strategy as one means to go around  the rock of human resistance to change.

Anna Radzikowska 0 Comments
With more than a decade of observations and experience from around the world and across a broad spectrum of industries, ...
Kanban, Kanban Maturity Model

OUr Holiday Sale Starts Early! Save 30% Off All Training By Registering Before November 19