Download our free resources. Like what you see? Sign up for our newsletter to receive free updates about new case studies, developments in the Kanban Method, Kanban Maturity Model and free content downloads developed by David J Anderson. 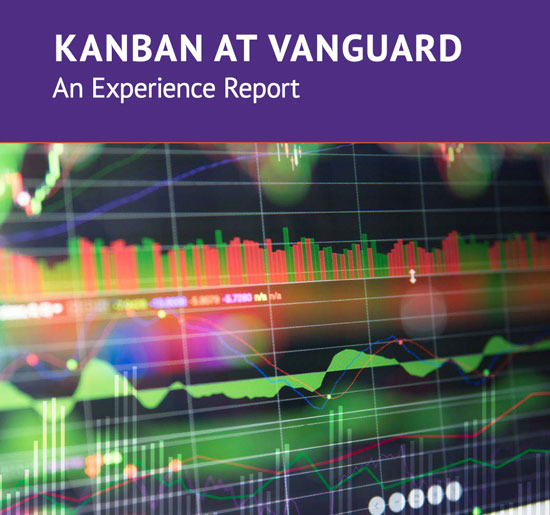 Download this case study to see how Vanguard increased productivity by 6 times and reduced delivery time by 78%.

Vanguard overcame typical transformation disappointments of inconsistent outcomes in spite of consistent processes by applying the Kanban Method to achieve true fitness-for-purpose: satisfying the criteria of success of their customer’s requests.

Vanguard’s management’s efforts deepened the organization’s maturity from level 2 to level 3 as defined in our Kanban Maturity Model. The case explains their path from ‘stalled Scrum’ to significant improvement in outcomes in the eyes of their customers. 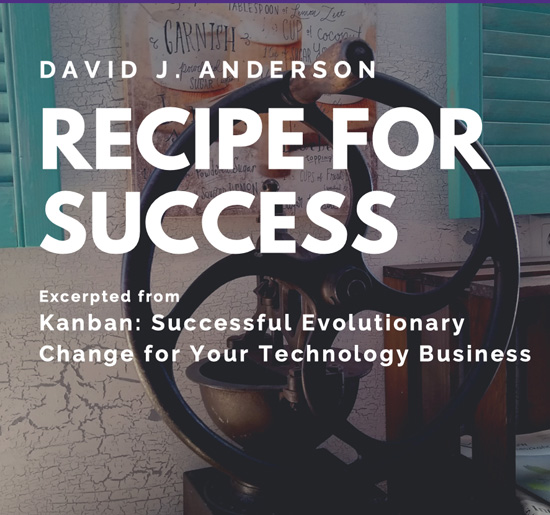 The Recipe for Success by David Anderson presents guidelines for a new manager adopting an existing team. Following the recipe enables quick improvement with low levels of team resistance. There is a direct influence  from Donald Reinersten, who gave the first and last steps in the recipe and indirect influence by Eli Goldratt whose writings on the Theory of Constraints and its Five Focusing Steps greatly influenced steps for and five. The six steps in the recipe are:
1.     Focus on Quality
2.     Reduce Work-in-Progress
3.     Deliver Often
4.     Balance Demand Against Throughput
5.     Prioritize
6.     Attack Sources of Variability to Improve Predictability
Download