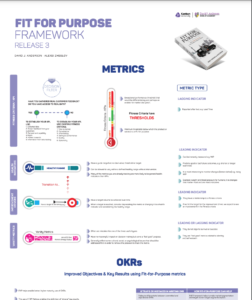 The high resolution graphics can be printed out full size (A0) and help explain the four types of metrics plus how to integrate the framework for improved Objectives and Key Results. 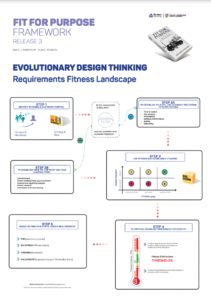 Download, print, and display the new Fit for Purpose poster.

The high resolution graphics can be printed out full size (A0) and help explain how to use the framework to set metrics and make improvements where it matters. 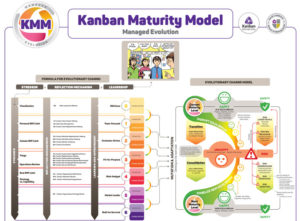 The high resolution graphics can be printed out full size (A0) and help explain the relevance and importance of the Kanban Maturity Model and organizational maturity for 21st century businesses.

The graphics are from the 2nd edition of the KMM book and can also be found explained in detail on the KMM Plus platform. This subscription-based platform is the home of the model that is continually updated and even already includes information from the 3rd edition of the Kanban Maturity Model. 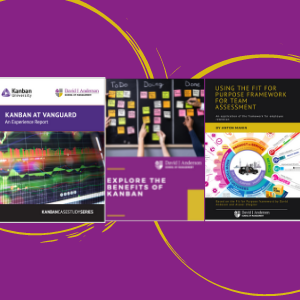 Download case studies to see our work in action.

Discover different case studies focusing on the Kanban Method, the Kanban Maturity Model, and the Fit for Purpose Framework. Learn more about real cases and applications. 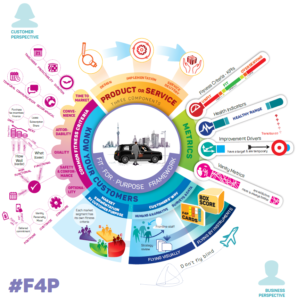 Download the A0 print-ready poster and book chapter from the forthcoming 3rd edition of the Fit for Purpose book, written by David J Anderson and Alexei Zheglov.

Understanding market segments defined by customer purpose and understanding your customers’ fitness criteria should be among your business’ core strategic capabilities to ensure organizational alignment and long-term survivability.
Download 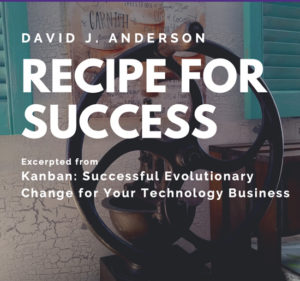 The Recipe for Success by David Anderson presents guidelines for a new manager adopting an existing team. Following the recipe enables quick improvement with low levels of team resistance. There is a direct influence from Donald Reinersten, who gave the first and last steps in the recipe, and indirect influence by Eli Goldratt whose writings on the Theory of Constraints and its Five Focusing Steps greatly influenced steps for and five. The six steps in the recipe are:
1.     Focus on Quality
2.     Reduce Work-in-Progress
3.     Deliver Often
4.     Balance Demand Against Throughput
5.     Prioritize
6.     Attack Sources of Variability to Improve Predictability
Download 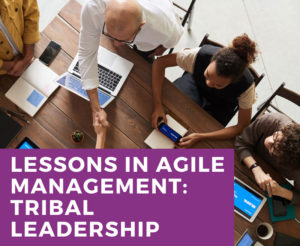 Anderson developed the Kanban Method over years spent managing and coaching Agile development teams, at companies such as Sprint, Motorola and Microsoft, by integrating Lean thinking with Agile principles and practices. This compendium of anecdotes and epiphanies tells a very personal story as he shares his journey on the road to Kanban – now a widely accepted and proven method for improving predictability while managing change and risk in organizations worldwide. 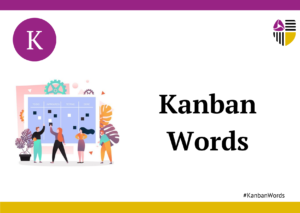 Enjoy our new document that provide important vocabulary of the kanban methodology.

Download our PDF kanban words and you will be able to enjoy a series of essential words in agile methodologies.

This document will allow you to have a better fluency when establishing conversations, studying or researching about Kanban. Solve your doubts and get to know new terms.

Renew your repertoire of Kanban Words thanks to this PDF.